Chairman of the Board

A nationally recognized leader in innovations in health care, Jonathan "Jack" Lord, M.D, is actively engaged in driving change in healthcare through new technologies and therapies. Dr. Lord is a board-certified forensic pathologist and Fellow of the College of American Pathologists. He began his medical career in the U.S. Navy, serving for 11 years in a number of leadership roles in the Navy Medical Department. He later served as a senior executive in a variety of healthcare organizations - the Anne Arundel Medical Center, SunHealth and as the chief operating officer of the American Hospital Association. Lord was the former chief innovation officer and senior vice president of Humana - during his time at Humana, he created Humana's Innovation Center, which combined research, technology and consumer experience to promote health and well-being. He also contributed to the field of predictive sciences by using advanced analytics to predict who will become ill in the future and how to prevent disease. Recently he served as the Chief Innovation Officer and Chief Operating Officer of the Miller School of Medicine at the University of Miami; he is a double alumnus of the University of Miami.

Dr. Lord also serves or has served as a member of a number of prestigious boards and organizations, including the Centers for Disease Control and Prevention's Advisory Committee to the Director; the National Advisory Council for Healthcare Research and Quality, which advises the U.S. Secretary of Health and Human Services; and the editorial board for the International Journal of Healthcare Management. His previous academic appointments include Dartmouth Medical School, George Washington University and the Eastern Virginia School of Medicine

Dr. Lord focuses on the commercialization of disruptive innovations that change people lives; including companies that have done that - Health Dialog, Humana, Therasense, Stericycle, Mako Surgical and Dexcom. Today he serves as the Chair of the Board of Directors of Dexcom (DXCM), is a Director for Biolase (BIOL), Digital Reasoning, Par8o, Creative Vascular, Hubble Telemedical, and Vigilant Biosciences. He also serves on advisory board roles for Qualcomm Life (mobile health) and Third Rock Ventures. He has earned certificates in Governance and Audit from the Harvard Business School.

John R. Beaver was named Senior Vice President and Chief Financial Officer of BIOLASE on October 1, 2017. John was promoted to Executive Vice President and CFO following his brief role as Interim Chief Executive Officer of BIOLASE ending on August 8, 2018. He brings substantial leadership and technical experience in finance and business management in both public and private companies.

Prior to joining BIOLASE, John served as the Chief Financial Officer of Silicor Materials, Inc., a global leader in the production of solar silicon, from 2009 to 2013 and 2015 to 2017. John also served on Silicor's Board of Directors from 2013 to 2015. While at Silicor, John led debt and equity fundraising efforts to finance the company's transition from start-up to commercial production. He also supported revenue growth from zero to nearly $100M (annualized) in less than one year, and he developed and implemented many of the company's business processes.

From 2013-2015, John was Chief Financial Officer for Modumetal, Inc., a nano-laminated alloy coatings company focused on oil and gas applications. Previously, John was Senior Vice President - Finance and Chief Financial Officer at Sterling Chemicals, a mid-sized public commodity chemical manufacturer, from 2007 to 2009. He also served as Vice President, Corporate Controller at Sterling Chemicals from 2001 to 2007 and as Financial Reporting Manager and Plant Accountant from 1987 to 1995.

From 1997 to 2000, John served as Vice President, Controller at Pioneer Companies, Inc., where he coordinated two major acquisitions which tripled the size of the company. Previously, John was Controller at Borden Chemicals and Plastics from 1995 to 1997. John started his career in Finance at Monsanto Company.

John holds a Bachelor of Business Administration in Accounting from the University of Texas at Austin and is a Certified Public Accountant.

Dr. Martha Somerman is the Chief Field Editor of Frontiers in Dental Medicine. She was the Director, National Institute of Dental and Craniofacial Research, National Institutes of Health (NIH) from August 2011 to December 2019 and then served as a senior advisor for NIDCR until her retirement on May 31, 2021. In addition, she was the Principal Investigator for the Laboratory of Oral Connective Tissue Biology, National Institute of Arthritis and Musculoskeletal and Skin Diseases, NIH, from August 2011 to May 31, 2021. Her laboratory team focused on identifying factors controlling the development of the periodontal complex and applying this knowledge toward developing strategies to regenerate periodontal tissue lost as a consequence of disease. Prior to becoming NIDCR director, Dr. Somerman was Dean of the University of Washington School of Dentistry, a position she held since 2002. From 1991 to 2002, Dr. Somerman was on the faculty of the University of Michigan School of Dentistry where she served as a professor and chair of periodontics/prevention and geriatrics. From 1984 to 1991, Dr. Somerman was on the faculty of the University of Maryland College of Dental Surgery. Dr. Somerman received a bachelor's degree in biology and a D.D.S. from New York University, a Masters in Environmental Health from Hunter College, and a Ph.D. in Pharmacology from the University of Rochester. She completed her periodontal residency at the Eastman Dental Center in Rochester, New York and is a diplomat of the American Board of Periodontology.

Richard B. Lanman, M.D. was appointed to the BIOLASE Board of Directors in November 2017. Dr Lanman is a well-known biotechnology entrepreneur who specializes in accelerating the development and adoption of novel medical technologies. He is a board-certified neurologist and physiatrist currently serving as the Chief Medical Officer at Guardant Health, Inc. During his career, he has served on a number of Boards of Directors and Advisory Boards and he has authored over 120 articles that have been published in peer reviewed scientific journals. He has been appointed to serve on the Company's Audit, Compensation, and Nominating and Corporate Governance committees.

Dr. Lanman joined Guardant Health, Inc. in September 2014 and as its Chief Medical Officer, he has planned and executed the clinical and analytical validity, and clinical utility studies to bring novel cell-free DNA next generation sequencing technology to widespread adoption. From July 2008 until September 2014 Dr. Lanman was with Veracyte, Inc., where he drove the validation and clinical utility studies required to commercialize genomic diagnostics in thyroid and lung neoplasia that facilitate improved diagnosis utilizing small, minimally-invasive biopsies. Veracyte went public in 2013. He also previously served as Chief Medical Officer for two cardiovascular biodiagnostic companies, diaDexus and Atherotech, and prior to that, Dr. Lanman was the medical director and senior vice president of San Jose Medical Group and a Chief of Quality at Kaiser Permanente.

Jess Roper was appointed to the BIOLASE Board of Directors in June 2018 and serves as the Chairman of its Audit Committee. Mr. Roper has considerable financial and audit experience in the sectors of medical devices, life sciences, technology, manufacturing, and financial institutions. He joined San Diego-based Dexcom, Inc., in 2005 and he most recently served as its Senior Vice President and Chief Financial Officer, retiring in April 2017. Dexcom is a developer and marketer of continuous glucose monitoring systems for ambulatory use by patients and by healthcare providers in the hospital. During his tenure, Dexcom transitioned from a pre-revenue privately held medical device company to a multi-national, publicly traded entity with 2016 worldwide revenues of $573 million. Mr. Roper previously held financial management positions with two other publicly traded companies and one venture funded company and has extensive capital markets experience. Earlier in his career, Mr. Roper was an auditor with PricewaterhouseCoopers, and a bank and information systems examiner with the Office of the Comptroller of the Currency. Mr. Roper earned a Master of Science in Corporate Accountancy and a Bachelor of Science in Business Administration in Finance from San Diego State University. He is a Certified Public Accountant in California and a member of the Corporate Directors Forum.

Dr. Wagner is the first female board-certified pediatric dentist to be promoted to the rank of Rear Admiral, upper-half, in the United States Navy Dental Corps. She completed residency at Riley Children's Hospital in Indianapolis in 1982 and was certified by the American Board of Pediatric Dentistry in 1991. After 18 months in private practice, Dr. Wagner was commissioned in the US Navy in 1983. After distinguished tours in San Diego and the Philippines, she was assigned to the National Naval Medical Center as the Dental Department's first pediatric dentist in 1992. Following that assignment, her career carried her through many distinguished Navy dental positions, including a year as a Commanding Officer at the Navy's Expeditionary Medical Facility (EMF) in Kuwait. In 2009, Dr. Wagner assumed command of the Naval Health Clinic New England. The following year, she assumed the duties as the director, Medical Resources Plans and Policy Division, Office of the Chief of Naval Operations code N931 and chief, Navy Dental Corps. From 2011 to 2014, she served as the commander of Navy Medicine East and Naval Medical Center Portsmouth, and as director of the Tidewater Enhanced Multi-Service Market. From 2014 until she retired in 2017, Dr. Wagner served at the Navy's Bureau of Medicine and Surgery in Falls Church, Virginia as the Director for Readiness and Health. 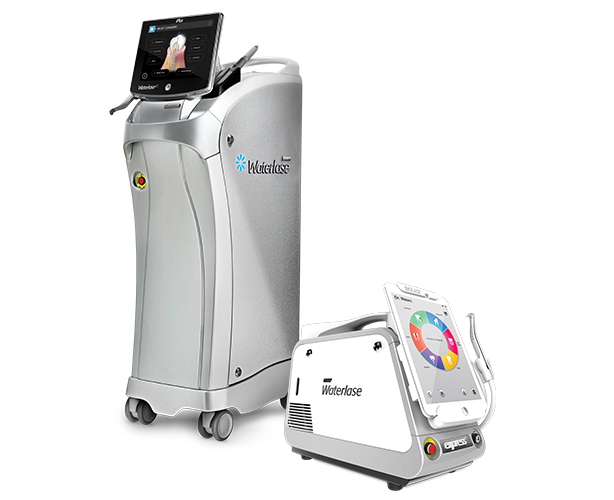 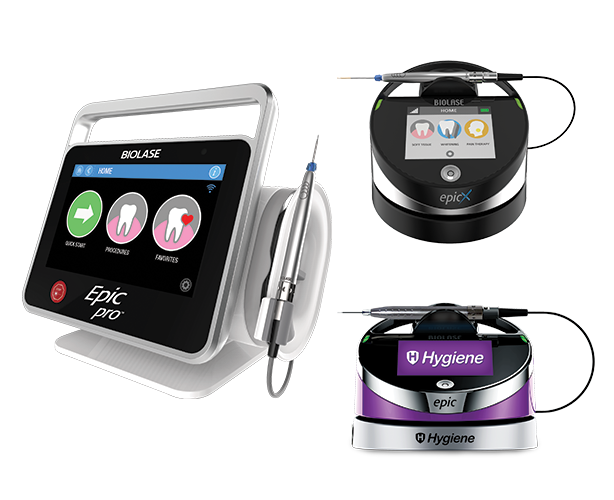